Salary Disparity in Disability Services: The Other 1%

Home/exploitation/Salary Disparity in Disability Services: The Other 1%
Previous Next

Salary Disparity in Disability Services: The Other 1% 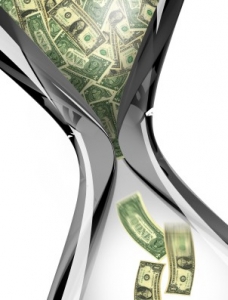 The Occupy Wall Street movement that began last year was in part to protest economic inequality. A main claim is that large corporations, the “1%,” control the financial system in a way that benefits themselves most of all. Between 1979 and 2007, the incomes of the top 1% of Americans increased 275%. But 60% of those in the middle class had increased income of only 40%, according to the US Congressional Budget Office.
This troubling theme of inequity resonates for many of us who work hard to stay afloat, but I think it also applies to the disability service system. In Oregon, a state review of agency salaries found five top employees at one non-profit earning a total of $1.5 million dollars. This same agency underwent a Dept. of Justice investigation earlier due to the CEO earning over $800,000 in 2004. In New York, the NY Times reported the following: “…
[two management staff] earned close to $1 million a year each as the two top executives running a Medicaid-financed nonprofit organization serving the developmentally disabled. They each had luxury cars paid for with public money. And when their children went to college, they could pass on the tuition bills to their nonprofit group.”
I fully understand that these excesses are not the norm. As a CEO myself in the 1980s, running two different multi-million dollar agencies, I earned between $27,000 and $38,000 annually. And I have nothing against a disability manager who works hard and earns (and deserves) a good income today. But there is a disturbing pattern, especially in large agencies, that demonstrates a huge gap between management, workers, and the wages of people in the workshops they run. We should not tolerate a system that allows, and in some cases encourages, huge wage disparities. Especially pertinent is that many of the workers with disabilities in sheltered workshops run by such agencies earn less than the federal minimum wage. (Currently about 420,000 workers with disabilities earn sub-minimum wage.)
What is a fair salary for those who manage agencies that support people with disabilities? The boards of directors of agencies I have looked at say that it is a function of the size of the agency, its budget, and its complexity. That is fair, but also incomplete. They imply that they could not retain top management talent unless they pay competitive executive level salaries. But what is “competitive?” And to what are we comparing? I think such agencies mistakenly equate the mission and role of management of non-profits with for-profits. Compensation is only a piece of the motivation of those of us who work with and manage resources to support people with disabilities.
Another factor to determine whether disparity exists is to consider two key factors: the front-line staff pay and the pay of the workers with disabilities supported by the agency. ANCOR, the American Network of Community Options and Resources, found that the average wage for private agency direct service staff was just over $10 per hour in 2009, leading to excessive turnover. Of course, staff turnover ultimately compromises services for people with disabilities.
Do you agree this is a problem? And is there a solution? I recommend we take a hard look at how disability resources are being prioritized.
1. Publicly funded disability agencies need to become transparent in regards to their executive pay and benefits, average staff pay scales, and vocational outcome wages for the people they serve. After all, they are spending mostly tax dollars or charitable funding. This will open up disparities to public scrutiny, which is appropriate for a publicly funded entity.
2. Funding agencies should set clearer parameters for fair wage distributions and also set expectations for flat hierarchies for the agencies with whom they contract. Flat structures place more emphasis on career development as opposed to job promotion. Heavily layered agencies typically spend more money on non-direct services.
3. End sub-minimum wage as a legitimate outcome of vocational services for people with disabilities. Minimum wage should be universal. Really, it is completely outrageous that an agency CEO with a six-figure income will provide a paycheck to the people he or she is pledged to serve for as low as $.22 per hour.
By daledileo|2017-05-18T15:43:05-04:00August 22nd, 2012|exploitation|2 Comments